The latest news from ACORN affiliates across the world.

“When I ran the initial queries, that was my first indication that there was a serious problem here,” Steve says of the initial Ohio records that showed about 40,000 voters were set to be wrongfully purged. Steve, along with the VPP, now collects and analyzes data for 16 states.

Watch the full video below, and read more about what we are doing with this data in our report.

It’s small world.  Marva Burnett, the president of ACORN Canada and ACORN International, visited several cities in Nigeria last year with her church group.  She met a young man named Edem Etido in Port Harcourt, a large city much farther southwest from Lagos, the mega-city, but also along the Gulf of Guinea, nearer to Cameroon.  I talked to Edem via Skype about his interest in organizing ACORN Nigeria, and how we could get him some training.  I promised to visit him when I was scheduled to be in Nigeria.  The pandemic postponed that visit three times with the latest now pushed back to the spring of 2021, but in the last week I’ve heard from Edem several times via Facebook and email.  Protests have broken out in Port Harcourt and throughout the country, triggered initially over police brutality suffered by young people, but now expanding to a host of other issues over corruption, the economy, and the inaction of government.

His message was simple and straightforward, as he wrote,

The youths in my country need international support for what we are advocating for at the moment. I guess you’ve heard or watched the protest that’s ongoing in Nigeria now?

The hashtag that’s trending on Twitter now #EndSars #EndPoliceBrutality is the ongoing protest by the youths here because, the (SARS) which means-Special Anti-Robbery Squad, have gone out from what their primary duties are, which is to protect lives and properties of the Nation and citizens.  All they do is intimidate, harass, and extort youths at gunpoint while also killing youths for no reason, because nobody is gonna query or prosecute them.

We’ve been on this for more than a week now and all our governments could do is just make verbal and audio promises which they have been doing way back since 2015 and we are fed up with fake promises, so we demand full action, and that’s why the protest is ongoing.

We just heard that they are going to send the military to intimidate and shoot at us for the peaceful protest. No country has said anything about this and it’s not fair. I don’t know how ACORN International could help to make this protest go round over there, so as to get the international attentions we need.

If I hadn’t heard of these protests already from Edem, and if you hadn’t heard of them yet, there was a front page picture that jumped later to a story in the Wall Street Journal, because the protests shut down the city of Lagos along with its airport and main thoroughfares.

How can we help?  There’s a petition that the young people hope to send to the United Nations that you can sign.  You can also make a donation to support the protests.  As the article points out, “More than 55% of Nigerians are underemployed or unemployed and youth unemployment is even higher, according to official statistics. More than 90% of Nigerians work in the informal sector….”  People in Nigeria are desperate for change, so anything we can do, small or large, helps make that possible.

Members of the ACORN group chose a pedestrian overpass in Surrey for a “banner drop” on Wednesday (Oct. 14), in a call for increases to disability and income assistance in B.C. “PWD = Poverty,” read the banner, referring to persons with disabilities.

The “drop” happened at the intersection of Scott Road and King George Boulevard. ACORN is calling for rates to be increased to $2,000 per month to match the new federal benefits for low-wage workers, group member Bertha Edward told the Now-Leader. “If the federal government determined low-wage workers are entitled to a basic standard of living at $2,000 a month through Canadian Recovery Benefit and Employment Insurance, how is it justifiable that the B.C. government forces people on disability and income assistance to live below the poverty line?” the group said in a news release. “We live in a rich province and there is no excuse for people to live in poverty,” Tabitha Naismith, chair the Newton ACORN branch, said in the release.

Online, ACORN is at acorncanada.org. The website describes ACORN Canada as “an independent national organization of low and moderate income families with 130,000+ members in 20+ neighbourhood chapters across 9 cities.”

On the ACORN Farm
Nearly 50 Xavier pre-medical students descended on The ACORN Farm equipped with shovels, energy and good will towards the mission of The ACORN FARM.  Master Gardener R.C. Brock, a long-time ACV ACORN member greeted with them with an arm-long list of farm jobs, in the favorable autumn weather.

As the group planted greens and squash, weeded, dug out fence lines, mowed the grassy areas, pruned trees, harvested squash, and cleared away nature’s debris, the day fell away to good cheer and joy as it came to a finish.
Three of the students, including two young women had mastered the chain saw and removed a dead tree.

In Douala, Cameroon, ACORN International members staged an action to push the electricity company Eneo to negotiate and solve issues of dangerous infrastructures and overcharging in bills. Members blocked the entrance to Eneo headquarters, using an empty chair to symbolize the removal of their interlocutor, and the communication interruptions.

Local Affiliates, Updates from the Field

In September, United Labor Unions Local 100 leaders and members in Louisiana, Texas, and Arkansas launched a campaign to pressure employers to create and enact health safety plans in accordance with OSHA regulations. Many of our union members shared that they had no personal protective equipment provided by their employer and no guidelines around workplace safety – even while working with patients or students and unable to socially distance on the job.

On Thursday, September 10, workers went to management offices in-person to demand copies of their worker safety plans, after email requests for these plans the week before mostly went un-answered. Most sites were unresponsive or did not have the plans. The week after, union leaders went to the OSHA offices in person to submit formal complaints about the lack of plans. We continue to follow up on the complaints and pressure workplaces to put plans and resources in places to protect their workers during this pandemic.

On October 1, the Voter Purge Project released “Unnecessary Disenfranchisement: Voter Purges Across the Country.” The report details our work to monitor, report on, and organize against wrongful voter purging.

Read the full report for background on the project, our methods, and what we are doing to ensure eligible voters are informed of their voter status as November’s elections draw near.

In 2018, the anti-union repressive tactics of the Gennevilliers Mayor and elected officials finally defeated the ACORN citizens’ alliance in that city. After months of deprivation of communal public rooms, banishment, intimidation of individuals, discrimination in accessing City services public defamation, SLAPP lawsuits, an organizer went into depression and the leaders decided to put the organization on hold. Along with discourses on local democracy and citizen participation, these practices show the reality of local power and its tendency to repress dissident voices.

Following this defeat, Alliance Citoyenne (ACORN France) initiated an observatory of repression of community associations. The goal is to better understand the phenomenon and to show the reality of union busting tactics by public authorities, similar to union busting in the companies. The research was carried out by Alinsky Institute, the ACORN France research and training center, and chaired by researcher Julien Talpin and a team of nationally known social sciences researchers.

Read the full English summary of the report here.

After extensive research into nonprofit hospitals the Louisiana, Arkansas, and Texas, the Nonprofit Accountability Project has released our findings and recommendations in a paper, “Charity for Whom?“

Our research indicates that the non-profit tax exemption system enables hospitals to be non-profit in name only, thereby reaping the benefits of tax exemption without sharing these gains with low income families. We argue this is due to the vagueness of relevant laws and leniency of the IRS.

This paper is the product of cooperation between Local 100 United Labor Unions, the Labor Neighbor Research & Training Center (LNRTC), and ACORN International, plus our tireless team of volunteers.

After extensive research into nonprofit hospitals in Louisiana, Arkansas, and Texas, the Nonprofit Accountability Project has released our findings and recommendations in a paper, “Charity for Whom?“

On September 24, we went to hospitals in New Orleans (Ochsner), Little Rock (St. Vincent), and Houston (Methodist) to call attention to the lack of charity care given by these, and many other, large institutions in our communities.

Our research indicates that the non-profit tax exemption system enables hospitals to be non-profit in name only, thereby reaping the benefits of tax exemption without sharing these gains with low income families. We argue this is due to the vagueness of relevant laws and leniency of the IRS.

This paper is the product of cooperation between Local 100 United Labor Unions, the Labor Neighbor Research & Training Center (LNRTC), and ACORN International, plus our tireless team of volunteers.

View the full data set used for the report below:

ACORN affiliates are organizing on every continent.

Our members are coming together to ensure their communities have access to food, housing, and healthcare during the COVID-19 pandemic.

ACORN Radio is a grassroots effort to produce public radio news serving the needs of low and moderate income families.

We are enormously grateful to the network of supporters, funders, and partners who make our work possible. 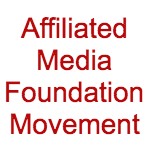 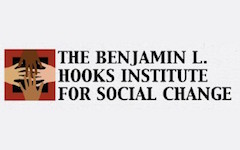 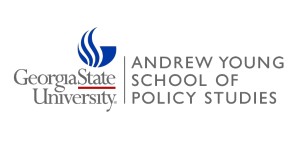 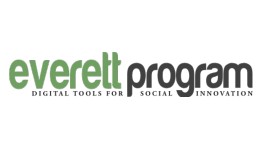