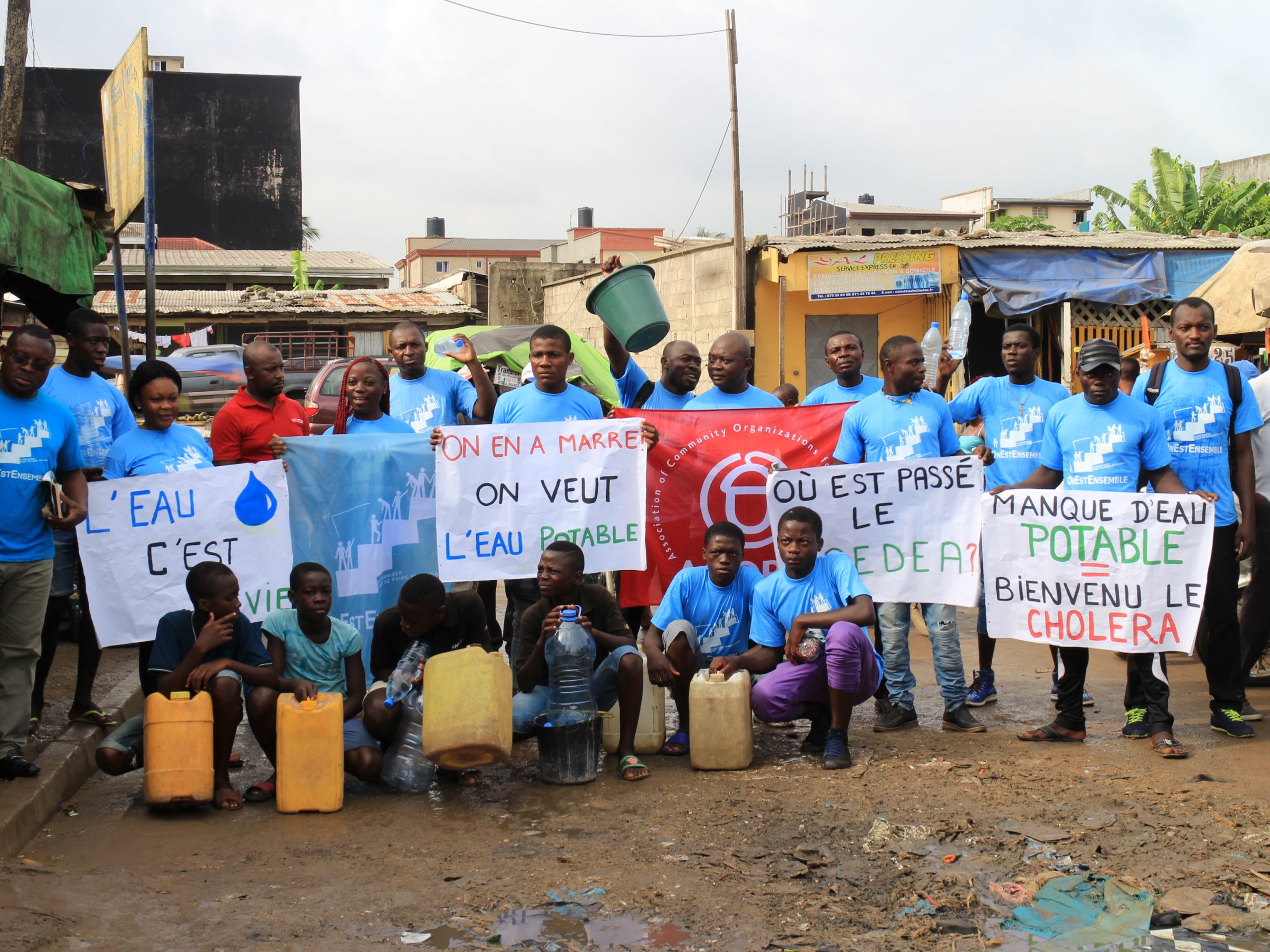 Following the holding of a forum on community organizing in Douala in September 2016, bringing together organizers from around ten countries, a group of Cameroonian citizens decided to launch an organization on the same model in Cameroon. In March 2017, a team of organizers started door-to-door in the different districts of Bepanda, in Douala, meeting hundreds of residents and laying the foundations for the OnEstEnsemble association. Drawing on their experience of organizing local communities around agro-industries, in defense of their social, economic and environmental rights, the most experienced organizers were able to form a team of permanent staff, to build this citizens’ union.

Door by door, neighborhood by neighborhood, the team mobilized nearly 2,000 citizens and 300 people joined the association in the first year. Benefiting from the experience of organizers belonging to the ACORN International network around the world, neighborhood committees were elected by citizens’ assemblies deciding the priority concerns of the community to be targeted. The first campaigns were thus launched, quickly allowing victories against the injustices experienced by the inhabitants of these working-class neighborhoods: resumption of suspended public works allowing the development of alleys and the canalization of water, change of dangerous electric poles threatening to fall, connection of households in Défosso to water following a broken pipe, increase in the frequency of trash trucks passing through neglected areas, etc.

From the following year, the members of the national office, coming from the different organized districts, were elected by the Interquartier Council representing all the district committees. Democracy and transparency within the organization are pillars guaranteeing its sustainability and the involvement of its members.