Govt of India now claims to be the most open economy in the world for Foreign Direct Investment (FDI) by deciding to permit 100% FDI for trading, including through e-commerce, in respect of food products manufactured or produced in India and relaxing local sourcing norms up to three years and a relaxed sourcing regime for another five years for entities undertaking Single Brand Retail Trading of products having ‘state-of-art’ and ‘cutting edge’ technology.

Delhi, 1st March 2016—The India FDI Watch Campaign, along with the Bhartiya Udyog Vyapar Mandal (Federation of All India Traders and Industries), Federation of Associations of Maharastra, The Hawkers Federation, Janpahal and various other groups, opposed the union budget 2016-17 proposal to allow 100% Foreign Direct Investment (FDI) in marketing food produced and manufactured in India.

The groups called on the Govt. of India to adhere to its party manifesto which categorically opposed FDI in multibrand retail.

Sri Shyam Bihari Mishra, President of the Bhartiya Udyog Vyapar Mandal (BUVM), said “If the government is serious about stopping wastage of food and empowering farmers it should work on a sustainable model of distribution of food considering factors of demand and supply. It does not make logical sense to allow supermarkets which are known for wastage of food throughout their supply chain operation and squeezing farmers.”

Mohan Gurnani, President of the Federation of Association’s of Maharastra (FAM) opposed the move saying, “We know for a fact that small farmers, traders and hawkers are impacted when large corporations enter into the retail sector, the Government should be restricting their entry, but instead are allowing them in through various routes, and in the mean time appeasing the public by saying they are not in favour of FDI in multibrand retail.”

Vijay Prakash Jain, Secretary General of BUVM stated that, “the entire supply line of food, which is such an important part of this nation’s retail culture and history, stands to be threatened.”

Dharmendra Kumar, India FDI Watch, Campaign Director added, “the budgetary announcement raises concerns over livelihood, nutrition, food safety, local economies and the environment. Food loses most of their nutritional properties during heavy processing. To prolong shelf life, foods may have preservatives added to them, or they may be sealed in sterile packaging and may also be exposed to controlled amounts of heat, or in some cases radiation. Processing often radically changes the nature of the original food. Processed food ingredients tend to be nutrient-poor, meaning they are high in calories relative to the amount of vitamins, minerals and other key dietary nutrients. Many processed foods are high in added sugar, sodium, saturated fats or trans fats and contain little dietary fiber and can contribute to foodborne illness outbreaks. Case studies of other countries underline the need for development programs and public support to assist small farmers and traders’. Govt of India should not deregulate the farm and retail sectors in a rushed manner until sufficient measures are put in place that will protect livelihoods of farmers and small traders.”

Ms. Priti Maurya of Janpahal works with small farmers says,”processing plants have become larger and handle larger volumes of products, sometimes from many different sources and distribute them over a broader geographic area.Small farmers never become part of such so-called modern supply chain as processors and supermarkets look for large volumes. Small farmers would lose the local market. Food processors and supermarkets, can have considerable influence over who produces food, how it is produced and what is eaten.

Hakim Singh Rawat, General Secretary, The Hawkers Federation stated “Supermarkets too have high percentage of wastage. Wastage of non-perishable foods like grains and cereals has very low level of wastage but the Govt has allowed processors and supermarkets in all food categories in the name of reducing wastage. The policy would threaten livelihood of all street vendors depending on retailing food.” 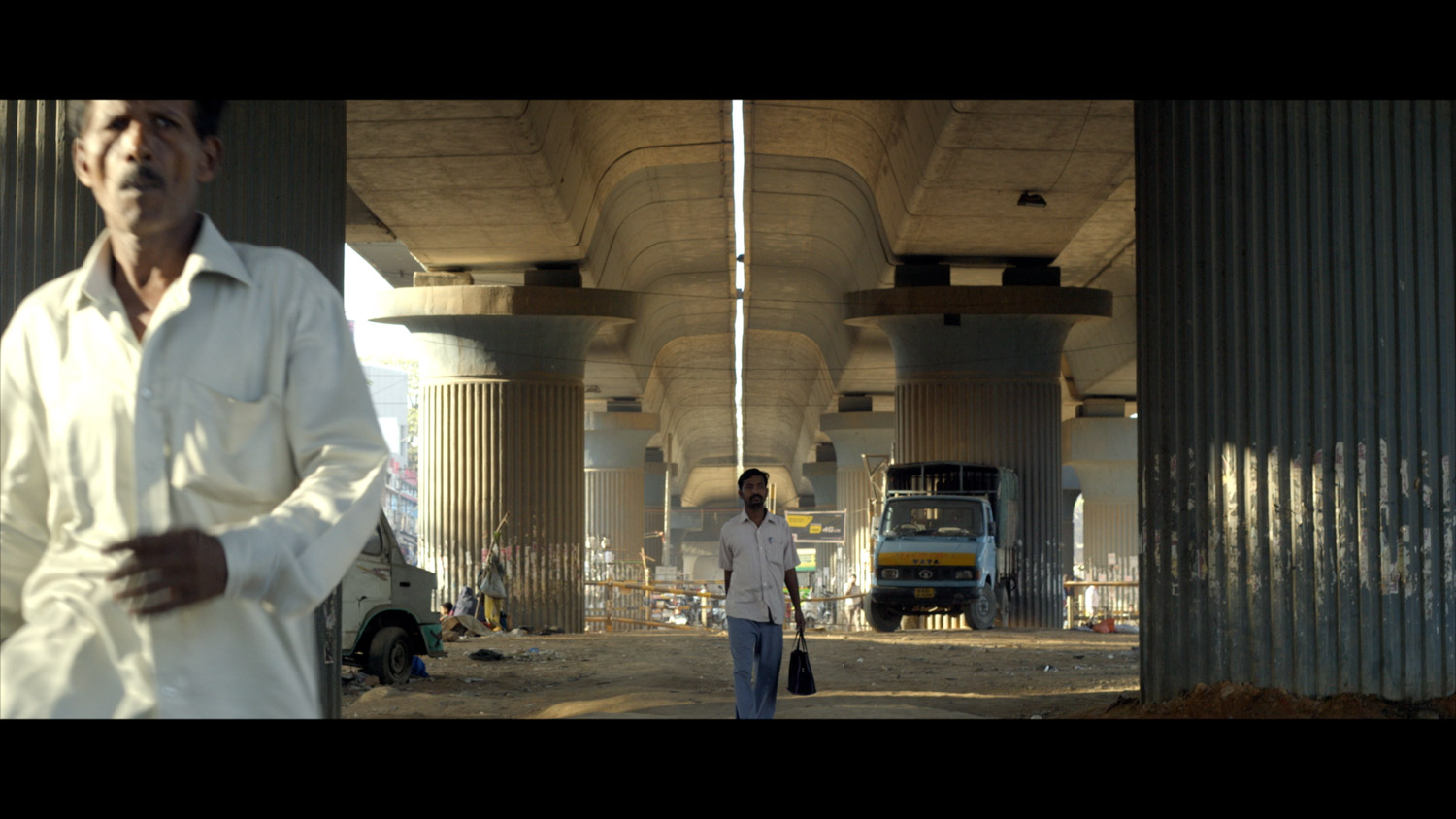 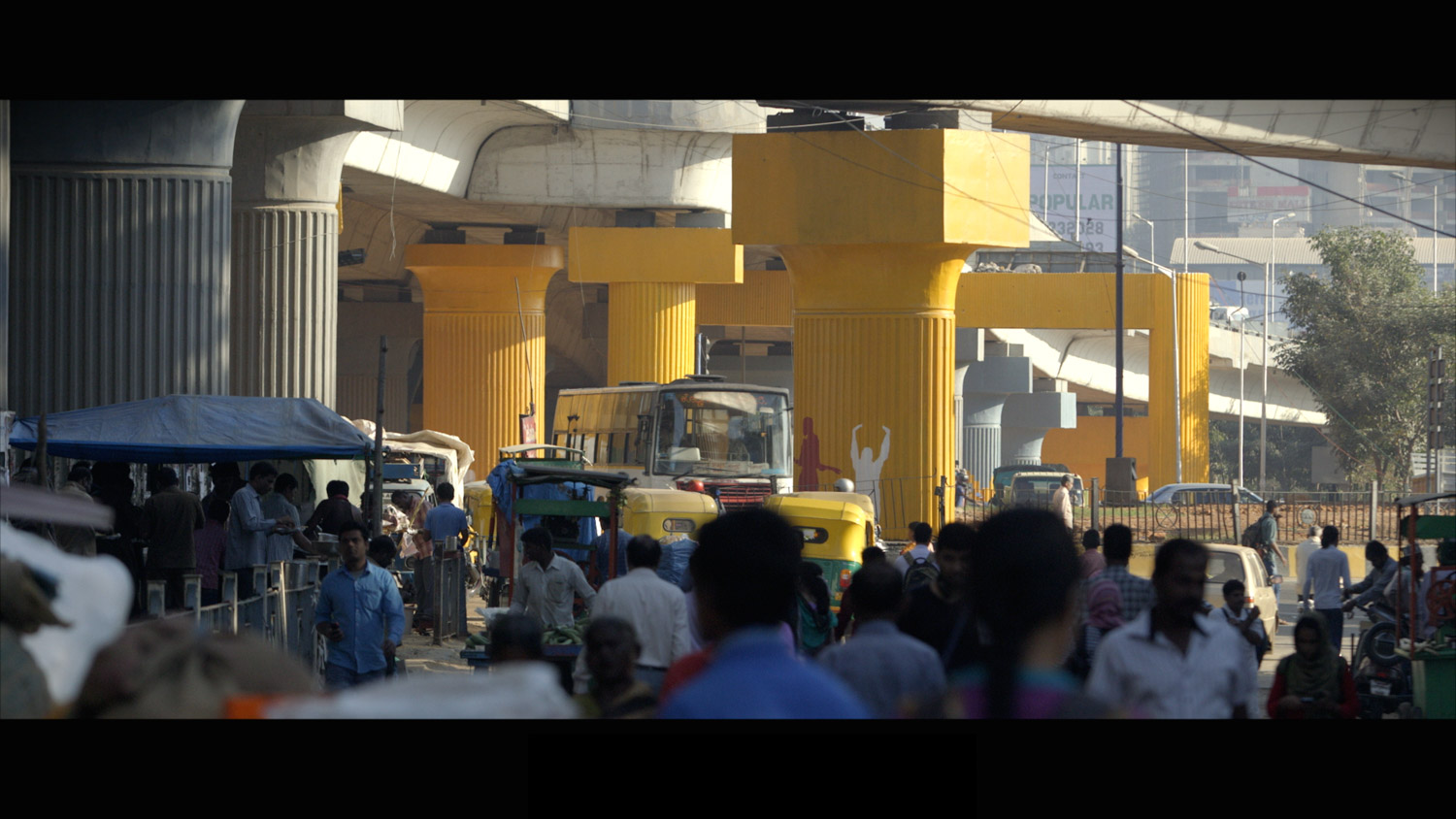 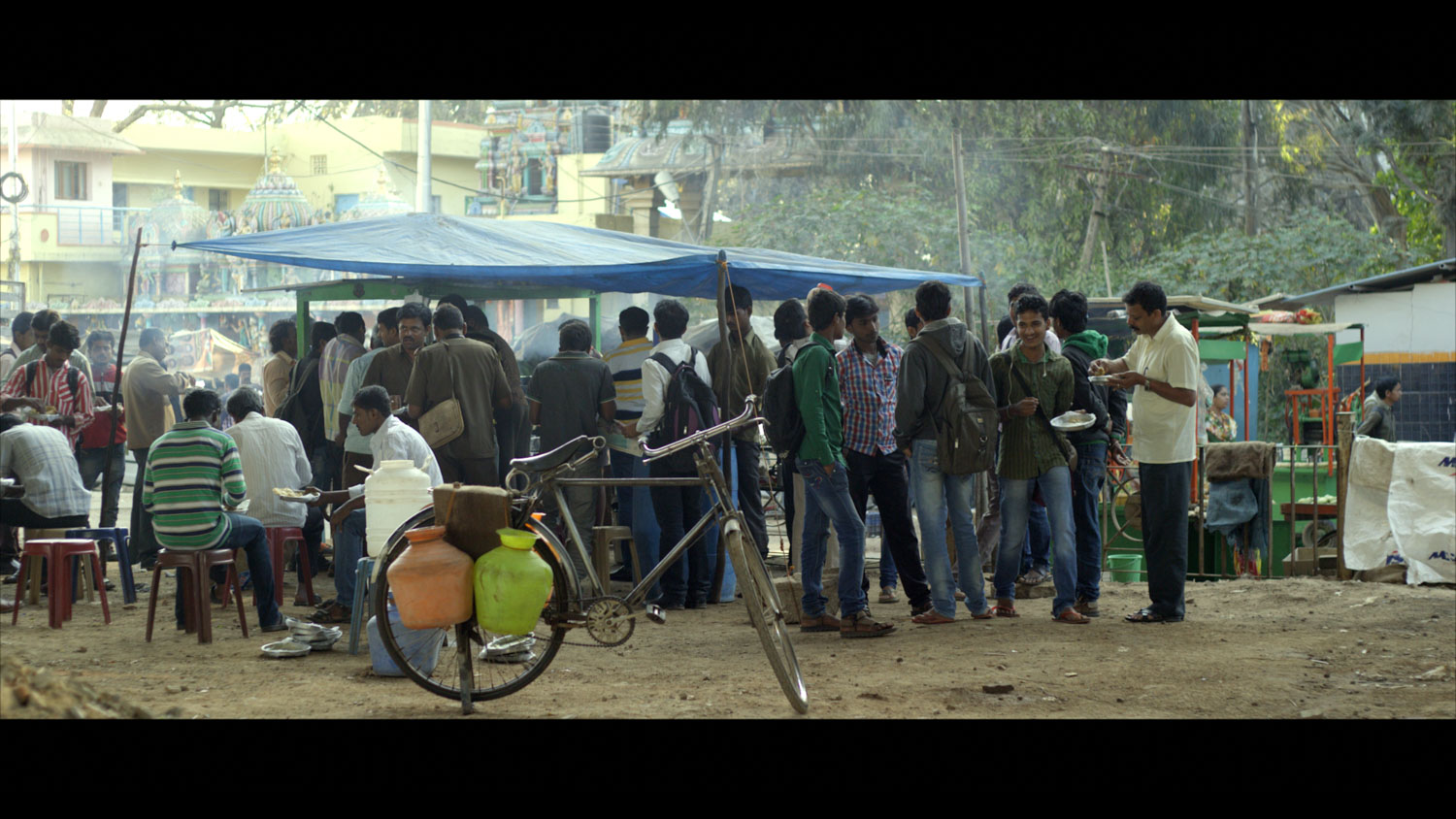 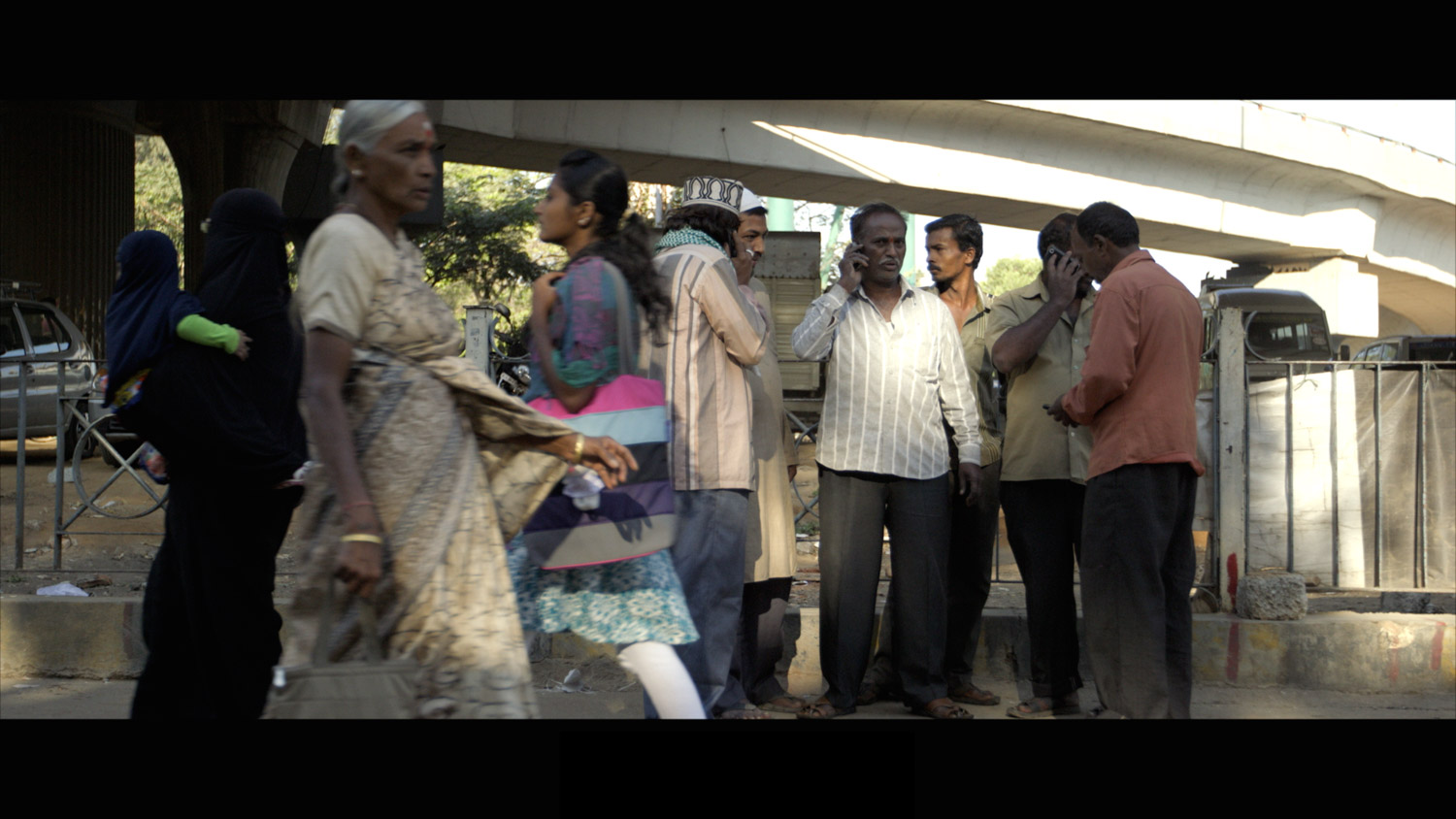 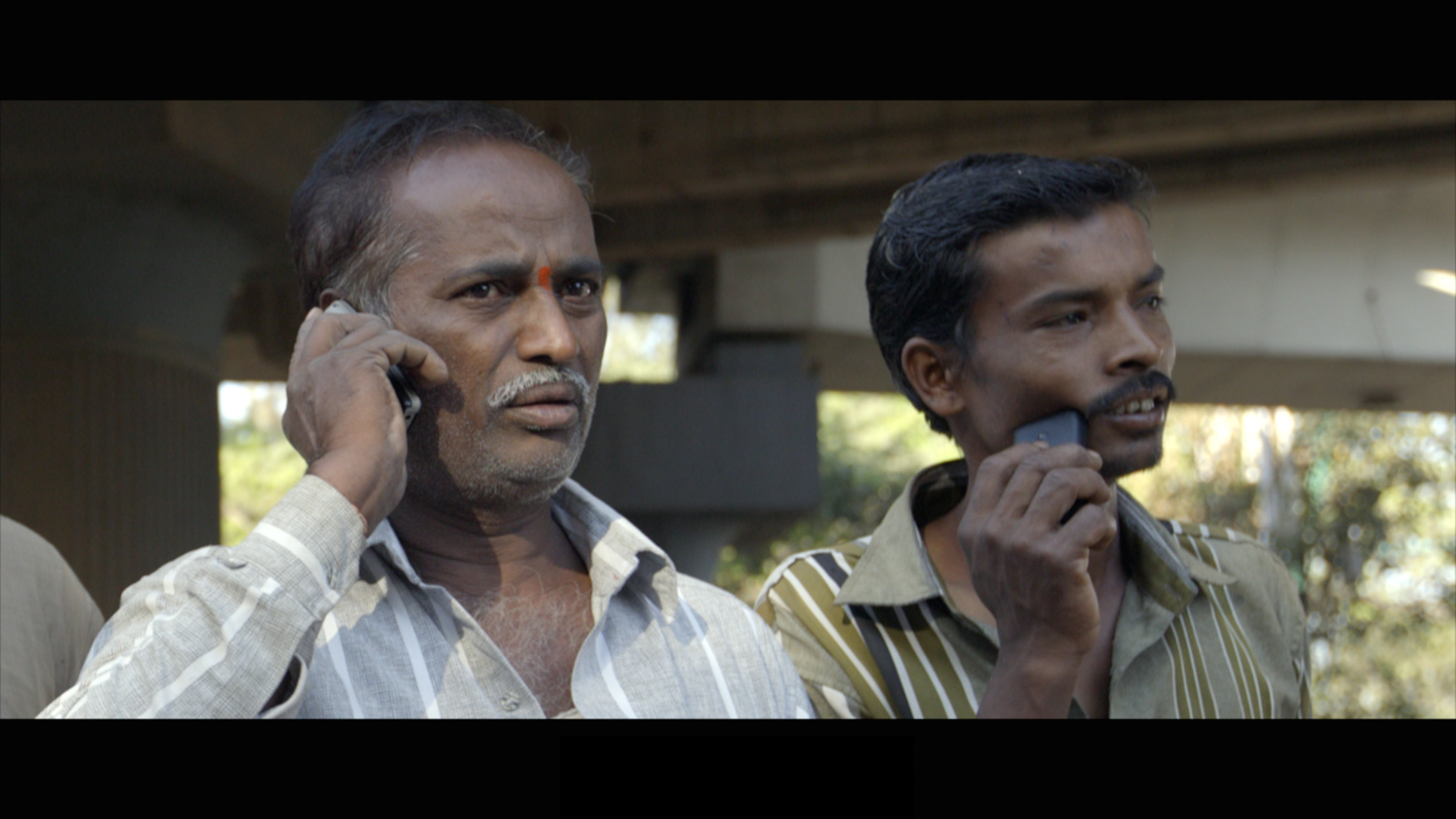 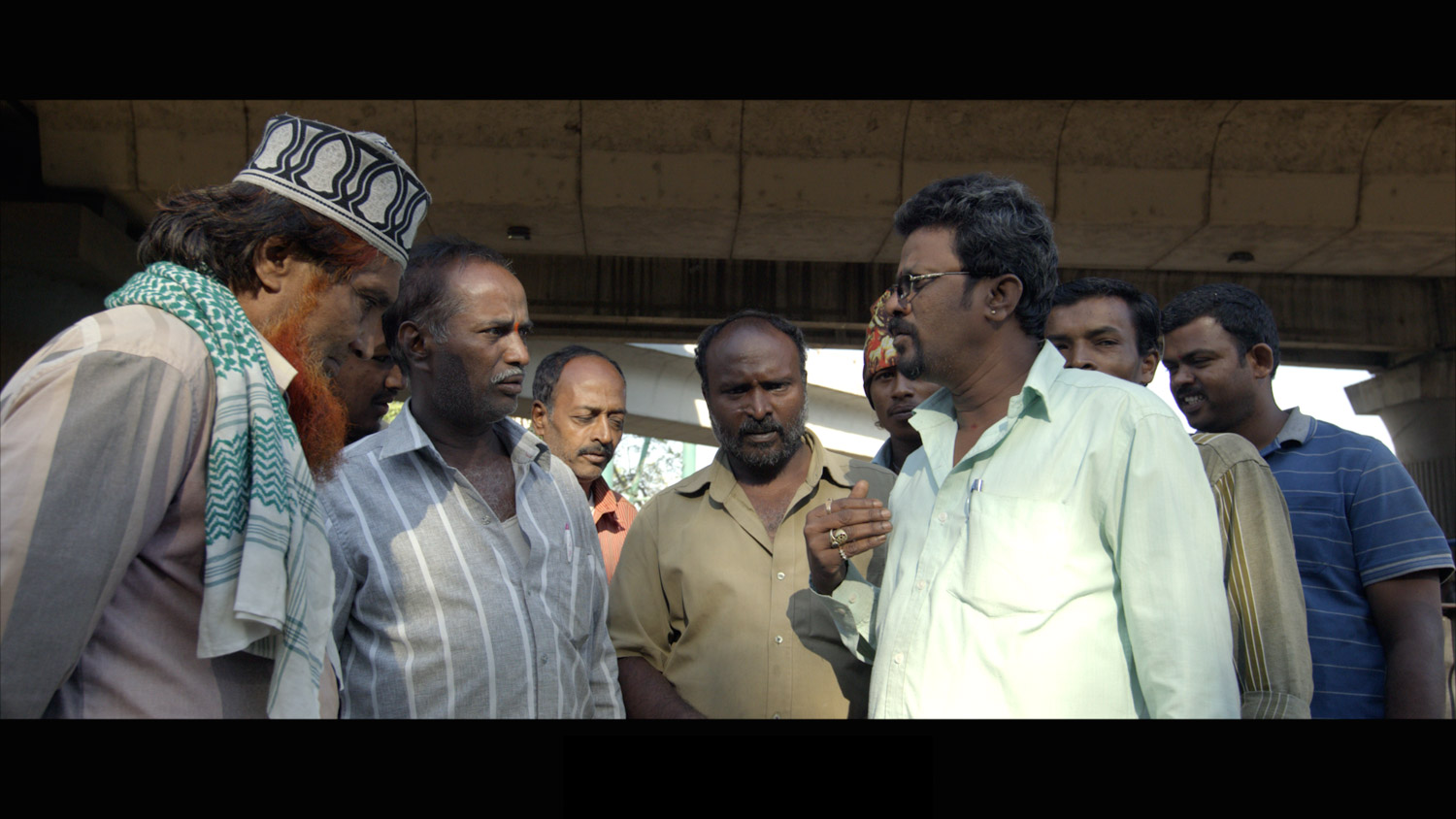 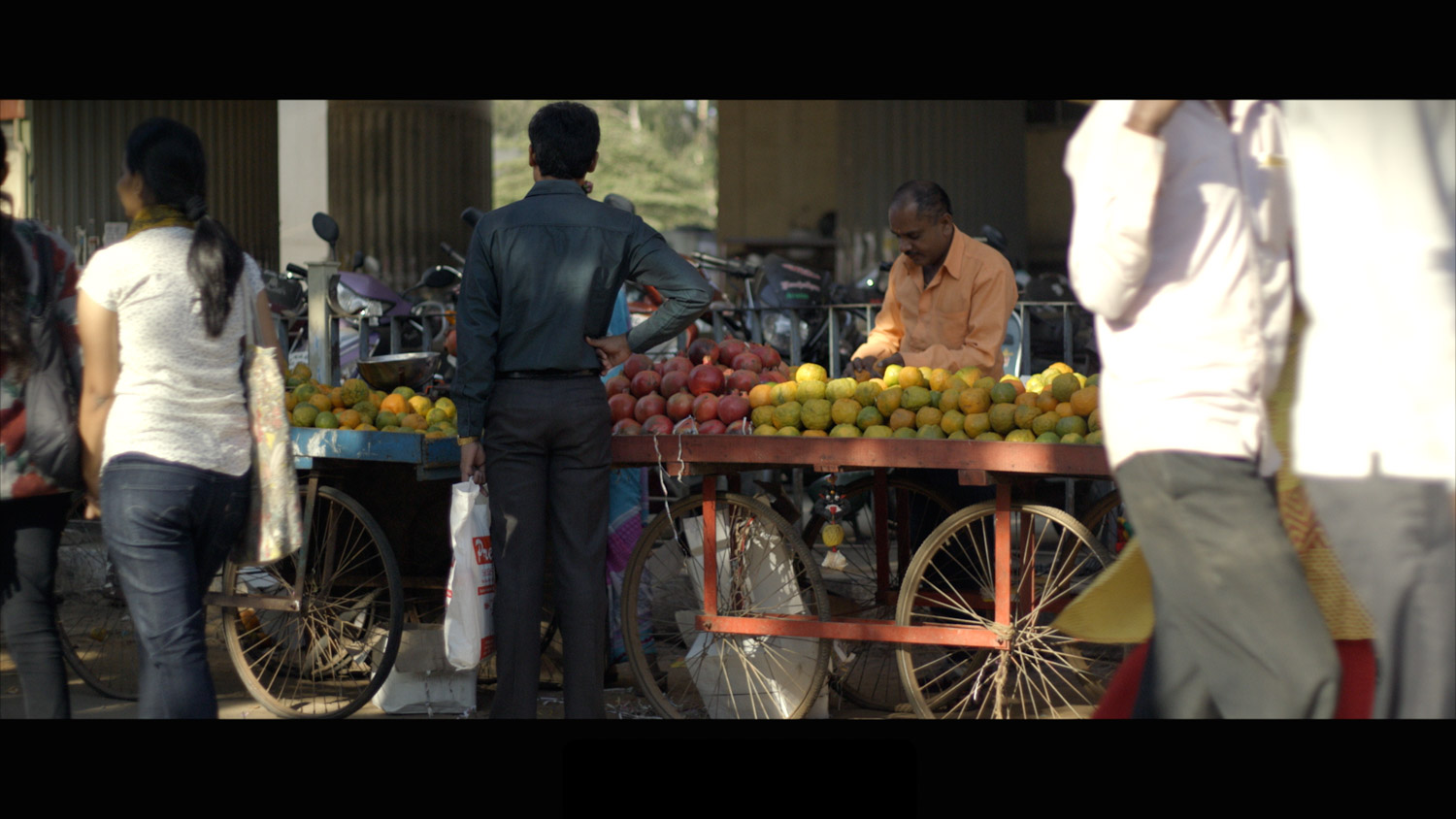 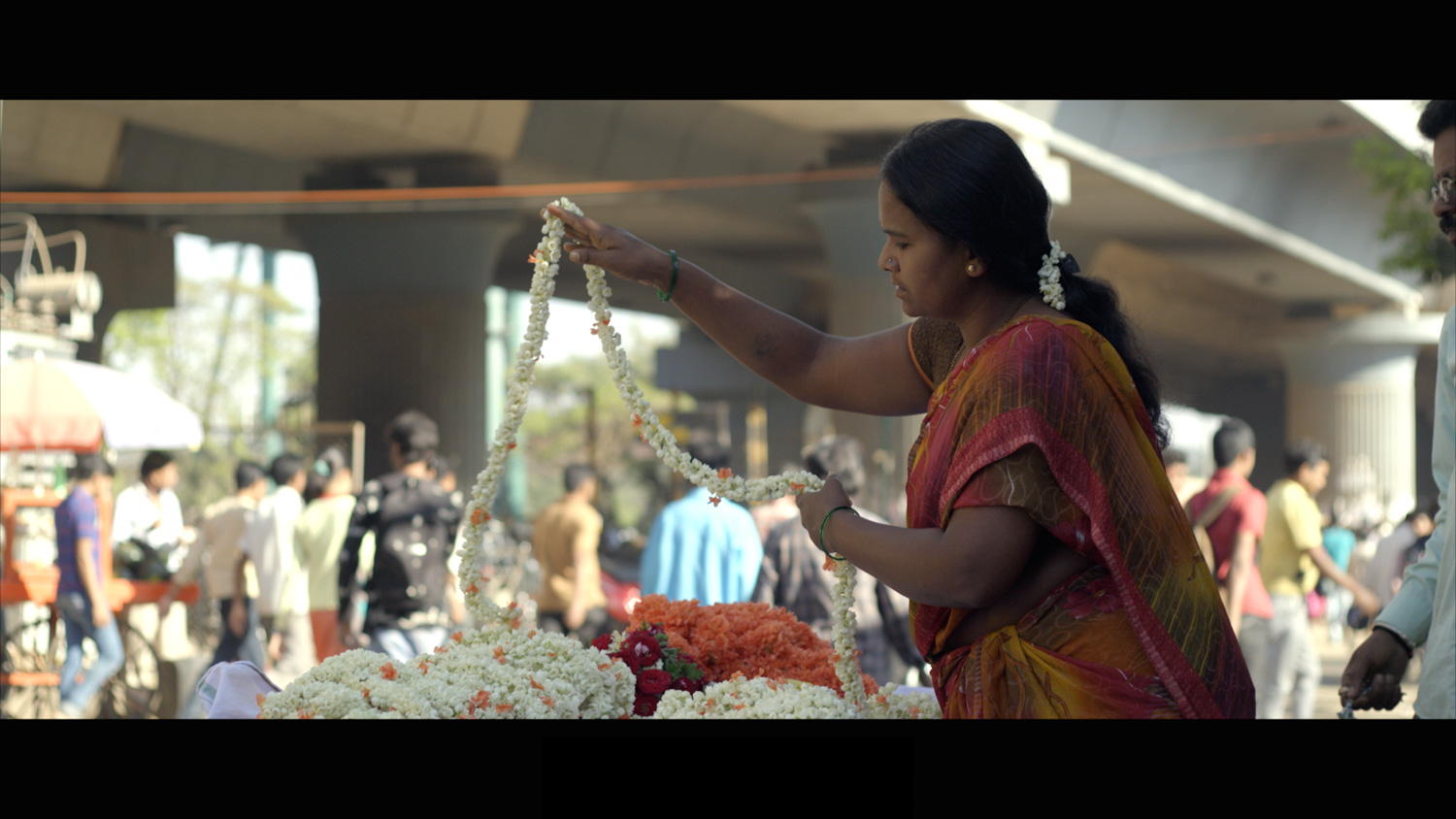 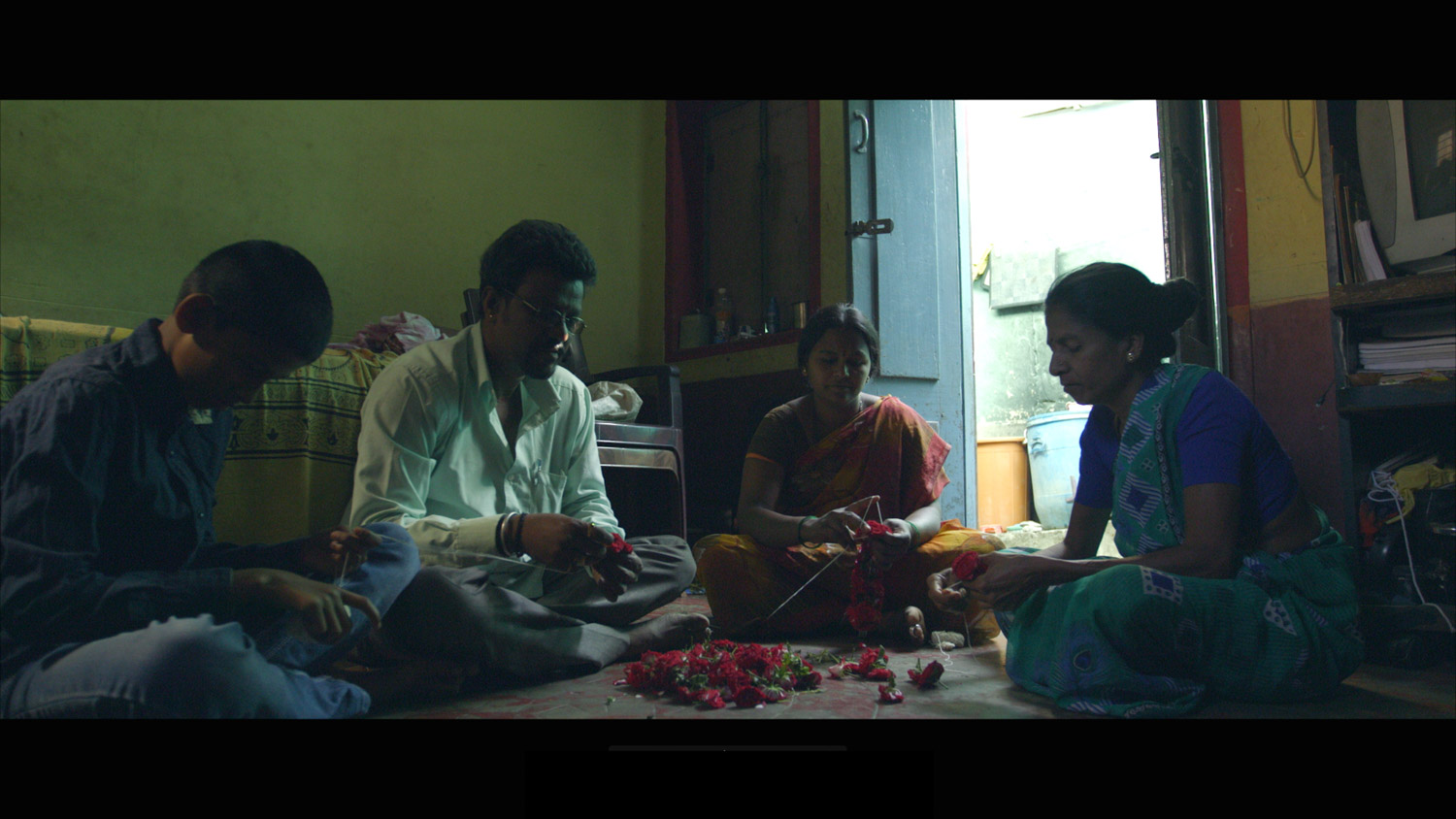 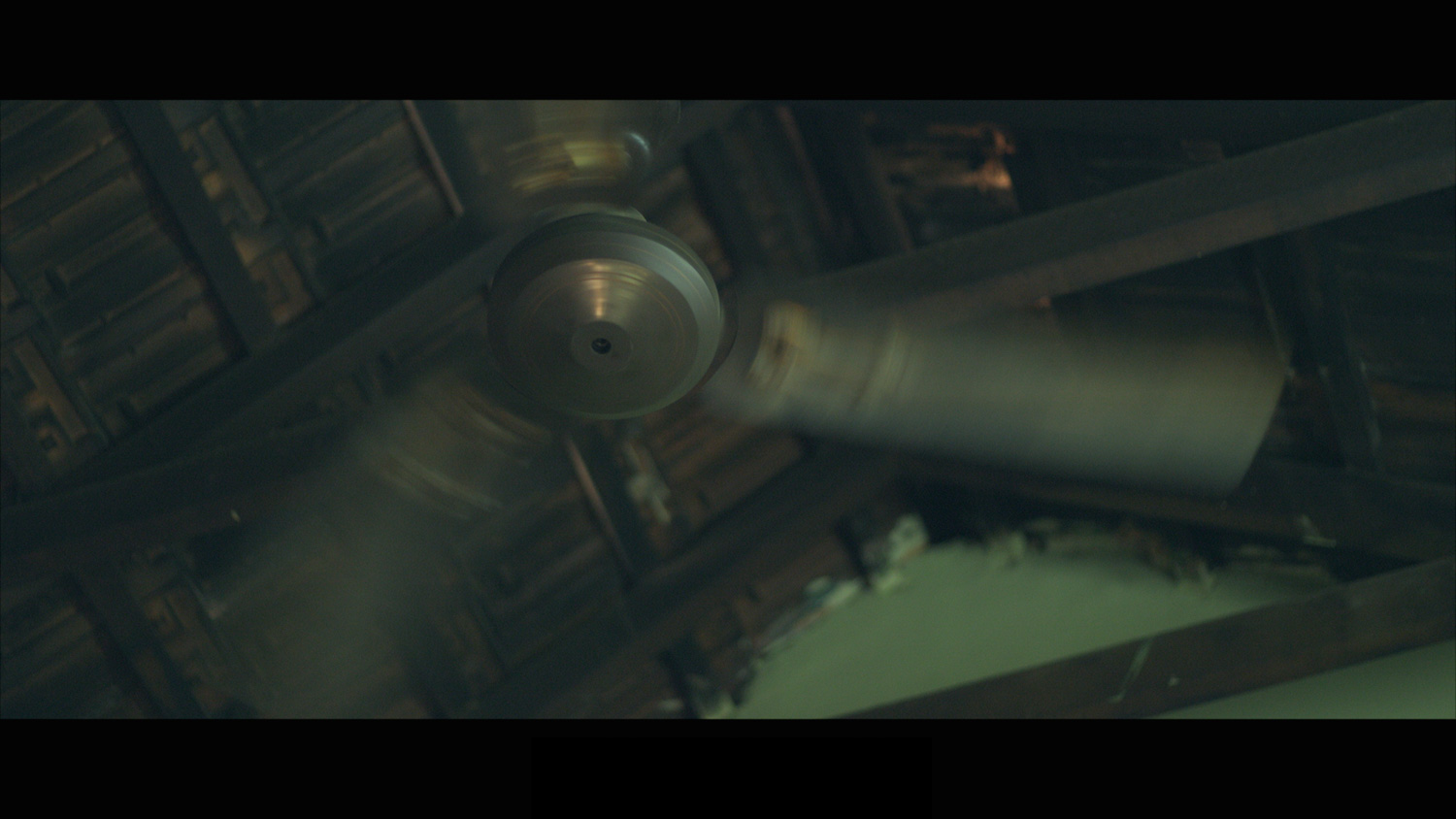 Check out the Chief Organizer Blog that features the work of ACORN in India for the homeless.

In addition to running our own shelters again, ACORN India also runs a rescue vehicle in Delhi.

It moves in the streets from 10 pm to 4 am and rescues homeless sleeping in open by bringing them to the nearest shelter. 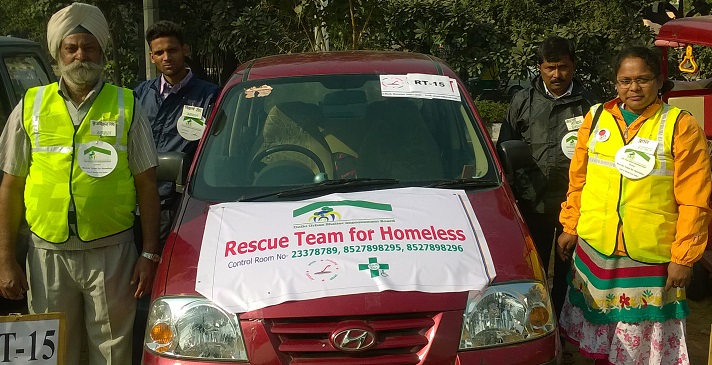 Homeless problem was featured in the New York Times on January 18th, 2016.

After a long campaign to win formal certification by under the labor laws of Karnataka, ACORN’s street vendors union was finally registered under the new law of 2014 this February as Vijaya Nagar Street Vendors Union in Bengaluru thanks to the hard work of longtime ACORN International organizer, Suresh Kadashan, over the last six-and-a-half years.   Now in March we already have local branches in 25 markets and 6000 members, largely in the North and South areas of Bengaluru, and the organizing committee of the key ten leaders working with Suresh have targeted Eastern Bengaluru as the next objective.

With 150000 street vendors in this city of almost 5 million in southern India, we have only just begun to grow, but members are celebrating our newfound strength already. New markets are seeking to join (see pictures of the organizing meetings of the 26th market with 150 more members having its organizing committee meeting!).   Another union is also in the process of being chartered under both the Food Safety Department and the Street Vendors area which will be a local of food vendors, who serve at the markets during the three main mealtimes. We have already filed here and registered for another more than 1000 members.

Not surprisingly as a union of informal workers whose only employers are our customers and whose work spaces are the streets of the city, the issues and campaigns are the kinds of grassroots efforts that are ACORN’s hallmark. The new market is organizing in order to move from where a flyover (highway interchange) is being built to space under the Metro (subway) elevated tracks, and that means actions on the city. The main City Market where there are 5000 vendors working had the union with them past midnight on Sunday to make sure that demolition of buildings around another Metro stop didn’t destroy a shed used by the vendors. An early Sunday meeting at another market pressured the police to end the goondas (goons) shakedown of 100 rupees or more every week from every vendor on the street. Recently the union filed Bengaluru’s first lawsuit in courts against the police for not guaranteeing vending space as required by the national constitution and harassing the vendors.   It’s never a dull minute with the vendors, but their organizing is paying off!

ACORN International has made a priority of organizing informal workers many places around the world and the Bengaluru breakthroughs open the door for unions of wastepickers, domestic workers, and many others.

The winter session of Parliament would begin on 22nd November and is likely to end on 20th December. It is unlikely to have business as usual unless the issue of FDI in Retail is discussed in Parliament. CPM has already moved for an adjournment motion under rule 184 forcing for a vote (if the notice is allowed by the speaker) on the Govt. decision to allow FDI in Retail. Mamata Banerjee’s TMC which has already walked out of Govt. on the issue too is sure of moving a no trust motion. Govt. ally DMK is also against the centre decision. Feeling the heat, Prime Minister, heavily depending on outside support of BSP and SP is having lunch and dinner with their supremos.

In the meantime, stakeholders will keep the pressure on by street actions. Hawkers would hold a mass rally in Kolkata on 24th November whereas small retailers would organize protest outside parliament on 26th November.

The latest addition of the KISAN KI AWAAZ, the farmers’ union monthly magazine, has a contribution from Dharmenda Kumar.  Click to read the full article.

New Delhi, Oct 15: The Foreign Exchange Management Act regulations should have been amended by the Reserve Bank of India before the Centre cleared 51 per cent FDI in multi-brand retail, the Supreme Court said today.

The apex court made this observation while hearing a Public Interest Litigation that was filed by Advocate ML Sharma. He argued that retail trading is barred under the existing FEMA regulations.

Attorney General GE Vahanvati admitted that the government had erred since the RBI had not effected any change in the regulations after 2008.

The Supreme Court bench of Justice RM Lodha and Justice AR Dave then said that “it is an irregularity that is curable and as soon as amendment is brought, it would be cured.”

Stating that this irregularity is not enough to warrant a stay on the policy, the court emphasised that RBI must amend the rules without delay.

“This is a must before the policy is given a legalshape,” the judges said. They demanded to know when the RBI will take the necessary steps. Vahanvati assured that he will ask the RBI governor to immediately amend the FEMA regulations.

The court, however, rejected the petitioner’s other contention that prior approval from the President or Parliament was needed for the Centre’s notification on FDI in retail.

Pointing out that Parliament does not look into policies, the court said that a policy can be deemed as incorrect only if the relevant notification is ultra vires of the law.

The court has given the government time till the next hearing on Nov 5 to amend the FEMA regulations.

It is to be noted that the Trinamool Congress walked out of the ruling coalition just days after the UPA allowed 51 per cent FDI in retail. The exit of the Mamata Banerjee-led party meant that the government was reduced to a minority.